← more from
yk records
Get fresh music recommendations delivered to your inbox every Friday. 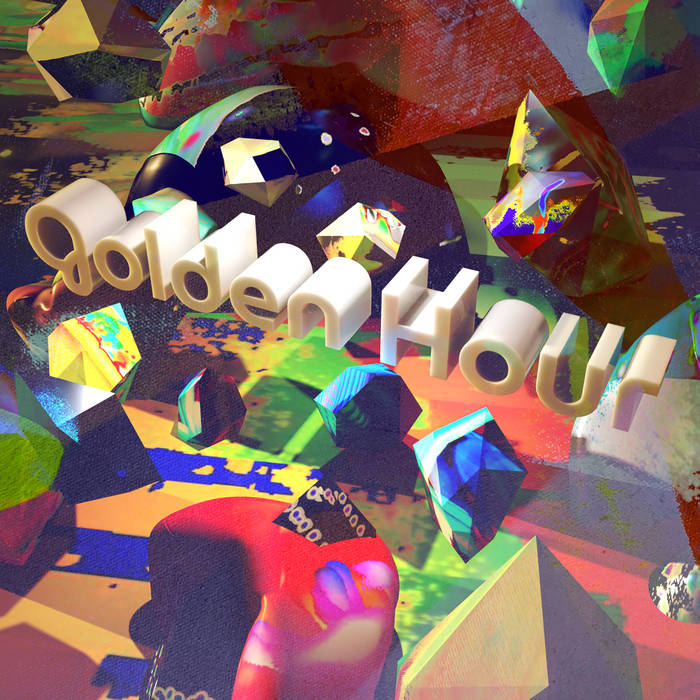 “Uncle Skeleton is a way for me to express whatever weird thing I’m going through,” explains Ross Wariner, the artist behind Golden Hour, of his musical output.

Wariner, a composer for TV and video games, has been releasing music under the pseudonym Uncle Skeleton for 12 years. Creative freedom can be hard to come by when answering to clientele with a lot of overhead, and, when the pandemic hit, his tendency to tinker took off. Wariner, a multi-instrumentalist, composed, produced, arranged and mixed most of the album from his tiny home-studio in Brooklyn.

Golden Hour finds Wariner eschewing his dependency on vocal samples for more real world collaborations, a conscious effort to bring more emotion to the album. “There were a few songs where I went as far as I could on my own, but I knew they were missing that special something,” he says of the collaborations; adding, “Emotion adds so much to a track, and with the themes of some of these songs, there could be no better addition than real humans. Besides, you can’t beat collaboration.”

That desire to bring in an extra layer of emotion resulted in a number of standout performances on Golden Hour; including the melancholy dreamy vocals of Italians Do It Better mainstay Glüme on “LN”, the hauntingly forlorn Rylie DeGarmo on “Heavy Damask”, the sweepingly yearning performance from Ellery Bonham on “Porcelain,” and the casually coy crooning of longtime collaborator Cody Uhler on “Deveraux.” Cory Wong of Vulfpeck also lends his signature guitar sound to standout single “Double Dip,” a different kind of collaboration but a noteworthy one along the albums journey.

Finding an opportunity to pause the incessant streams of social media or the ever-increasing responsibilities of work-from-home life is a rare thing these days. Golden Hour provides the opportunity to step back for an hour and consider the impact of the changing world, both on a planetary scale and on the ever-important personal scale.

Bandcamp Daily  your guide to the world of Bandcamp

Bonobo stops by to talk about his new record Fragments